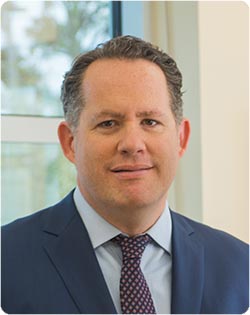 Dr. Mitchell Terk is a board-certified radiation oncologist with more than 25 years of experience. He completed his undergraduate degree from Emory University, where he graduated Phi Beta Kappa. He graduated from the Mount Sinai School of Medicine in New York City. Dr. Terk then remained at Mount Sinai where he completed his residency training.

Dr. Terk is routinely recognized as one of the nation’s top oncologists, most compassionate doctors, and is a regular patients’ choice award winner.

Dr. Terk has published research on breast, gynecological, and gastrointestinal cancers. His special area of expertise is curing prostate cancer.

He and his partner Jamie Cesaretti founded Terk Oncology in Jacksonville Florida in 2012. Over the last 10 years, the center has continuously expanded its services in order to become the premier destination for prostate cancer care in the region. The center now offers Volumetric modulated arc tomotherapy (VMAT), prostate brachytherapy (seed implant), Stereotactic Body Radiosurgery (cyberknife like treatments) and Hypofractionated (accelerated) radiation for all risk categories of prostate cancer. Of note, he has personally treated more than 10,000 men with prostate cancer. He has been performing prostate seed implants since 1994 and has performed over 4000 seed implants in recent years. 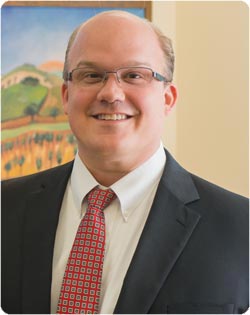 Jamie Cesaretti, MD is in private practice in Jacksonville Florida, where he and his partner treat over 600 patients a year with prostate cancer. He began his career at Mount Sinai Medical Center in New York as a resident and then continued as faculty for four years during which time he studied the reasons behind why patients develop side effects during and following radiation therapy for prostate cancer.

The Department of Defense awarded Jamie Cesaretti MD a large grant that allowed him to complete important investigations in this area. He and his research group were also awarded funding by the American Cancer Society, the National Institutes of Health, and the American Society of Therapeutic Radiology and Oncology.

He has a special interest in the application of both stereotactic body radiosurgery and prostate brachytherapy. In addition, he has been a member of the Children’s Oncology Group, the Annual Meeting Subcommittee of the American Society of Therapeutic Radiology and Oncology, and the American Brachytherapy Society. He is currently on the American Board of Radiology Oral and Written Board Committee for genito-urinary cancers. He has given many talks about how to successfully cure prostate cancer using radiation therapy in Japan, South Africa, Spain, Italy, Germany, Portugal, and throughout the United States.