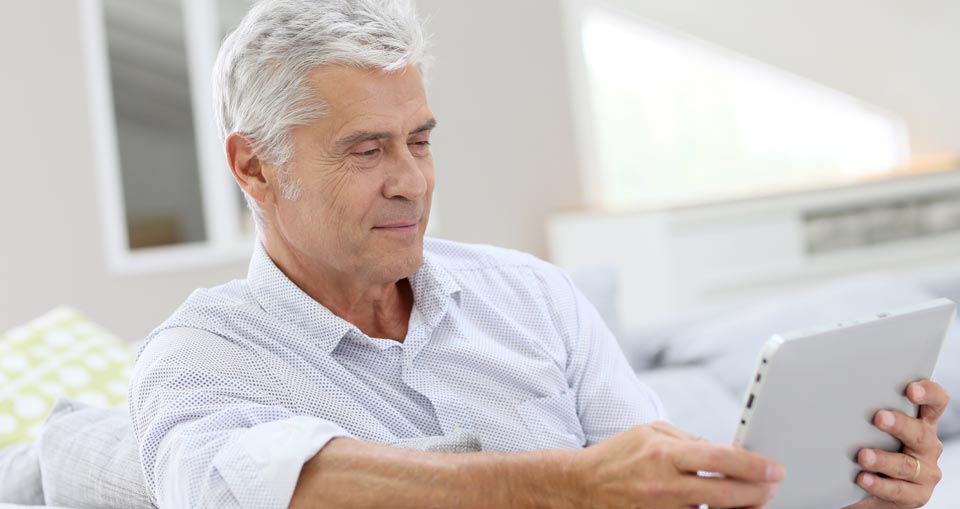 What Are Some Frequently Asked Questions Regarding Prostate Cancer?

In recent years there has been a lot of conflicting information regarding the treatment of prostate cancer. It is not surprising that men may become somewhat confused when considering their treatment options. Please review the questions below at your leisure. If you have other questions, please feel free to contact us.

How experienced are the Radiation Oncologists at the Center for Prostate Care?

Our physicians have treated more than 14,000 men with prostate cancer and have performed more prostate seed implants than most centers in the world (5,000). We have trained hundreds of physicians across the United States, Europe, Asia, and Africa on our Procision™ seed implant technique. We have patented devices, published extensive research in major medical journals, and presented seminars around the world. A Radiation Oncologist’s experience plays a critical role in achieving the best chance for a long-term cancer cure with minimal side effects. LEARN MORE

Should I have a Robotic Prostatectomy?

Even in the most experienced hands in the world, a robotic prostatectomy is a major operation. Recovery takes several weeks or longer. Most men permanently lose their ability to have erections, and there is a significant risk of urinary incontinence. SUCCESS RATES with seed implants and/or IGRT are better than seen with the best robotic surgery, with far shorter recovery times and less side effects. LEARN MORE

Should I consider Proton Beam radiation?

No. Proton Beam radiation is an outdated technology that first originated in the 1950s. Current studies show that it is not only extremely costly and time-consuming, but also much less effective than seed implants, with much greater side effects. One study from the largest proton center in the country, at Loma Linda, in fact, reported that the 5-year success rate with proton therapy was only 73% (Slater, 2004). This is in comparison to our 98% success rates with seed implants for low-risk disease (Terk, ASTRO). The largest study was ever done (JAMA 2012) showed that proton therapy had the highest rate of rectal side effects with no improvement in cure rate over older forms of radiation therapy. LEARN MORE

No. There are currently no results available beyond five years for this treatment, compared to 15 years from a prostate seed implant. In addition, all men who have high-dose-rate implants must have several weeks of external radiation AND multiple implant procedures with anesthesia. At times, men may have the needles sticking out of their body for 24 hours while they receive several radiation treatments. During this time period, the needles can cause significant discomfort, and move to potentially harmful locations. In contrast, a prostate seed implant is a one-time-only outpatient procedure that takes less than one hour. There is no significant movement of the seeds once they have been implanted.

Cryotherapy is when part of the prostate is frozen. While some believe this technology is improving, there are no major studies available with results at more than 5 years. In addition, side effects such as impotence and incontinence are much greater with cryotherapy than with seed implants, and in fact, are similar to more radical surgery. Most centers reserve cryotherapy for the treatment of prior external radiation failures, and not for the upfront treatment of newly diagnosed men. This procedure should only be performed by experienced Urologists.

Are all men with prostate cancer eligible for seed implants?

We believe that all men without evidence of metastasis (cancer spread to other organs) have a chance to be cured of their cancer by a prostate seed implant and/or IGRT. We recommend that men diagnosed with prostate cancer consult with both a Urologist and our Radiation Oncologists. Based on extensive data, we can tell you what your risk of having disease outside the prostate is. We will review your past medical history and current physical condition and discuss the pros and cons of surgery, external radiation, and seed implants. We have seed implant protocols to treat men with both early and advanced-stage disease.

What is most important is that men take their time and feel comfortable with their decision. If a man chooses prostatectomy, we suggest he have this performed by an experienced Urologist. If he chooses a seed implant, we recommend that our uniquely experienced Radiation Oncologists treat him with the Procision™ Implant Technique.

Do you participate in research on prostate cancer?

Yes. All patients treated at the Center for Prostate Care are tracked in a computerized database. Their implants are all analyzed for quality, and their results are carefully monitored. We participate in both local and national studies.

How does radiation kill cancer cells?

Radiation can damage a cancer cell’s ability to multiply, ultimately leading to its death. Cancer cells are much more sensitive to radiation damage than normal cells and are less likely to repair any damage done. They are thus selectively killed. LEARN MORE

Is it all right to give hormone blockers and radiation together?

Yes. Not only is it all right, but research has also shown that the combination can improve results in men with more advanced or aggressive prostate cancers. LEARN MORE

How long will I be out of work with a prostate seed implant?

Most men can return to work and their normal activities within 1-2 days.

Since I have radioactive seeds in my prostate, am I at risk to other people?

No. The amount of radiation given off outside the body is negligible. In fact, the total exposure is equivalent to a single trip on an airplane from New York to Los Angeles. For peace of mind, we recommend that you avoid close contact with pregnant women and refrain from holding young children for 1-2 months afterward.

Will I have to wear a urinary catheter after a seed implant?

Most men go home without a catheter and will not need one.

Can I have surgery if the cancer re-grows in the prostate after radiation?

Yes, however, it is very unusual for cancer to re-grow in the treated area.

What can I do if I was previously treated with proton radiation for prostate cancer and my cancer has recurred?

We are one of the few centers in the world experienced enough to provide prostate seed implants to men who recurred following treatment with proton radiation or traditional external radiation. Our studies have shown that up to 2 out of 3 men can be successfully treated in this manner. At the time of consultation, we can recommend some simple tests to help determine if this is a safe and potentially effective option for you.

How do I know if I was cured by a radical prostatectomy?

The answer is quite simple. A PSA blood test done two months after surgery should reflect a PSA < 0.2 If this is not the case, you may have some cancer cells left behind that should be irradiated. In this circumstance, we may recommend IGRT external radiation, as there is no prostate in which to accurately implant the seeds.

Is there any hope if I am diagnosed with late/advanced stage prostate cancer that has already spread?

Yes. There are many promising hormonal and chemotherapeutic treatments on the horizon. Any member of our team will be happy to discuss these with you and refer you to a medical oncologist for additional evaluation.

Some men have been traveling abroad for this treatment due to questionable claims. A new European study published in 2008 showed that the 5 yr success rate was only 30% with HIFU (Misrai, 2008). LEARN MORE

What should I do now?

If you have not been diagnosed with prostate cancer and are concerned that you may be at risk or would like to be screened, you should consult your physician for a physical exam and PSA blood test.

If you have been diagnosed with prostate cancer you should contact the Florida Center for Prostate Care at 888.339.0588