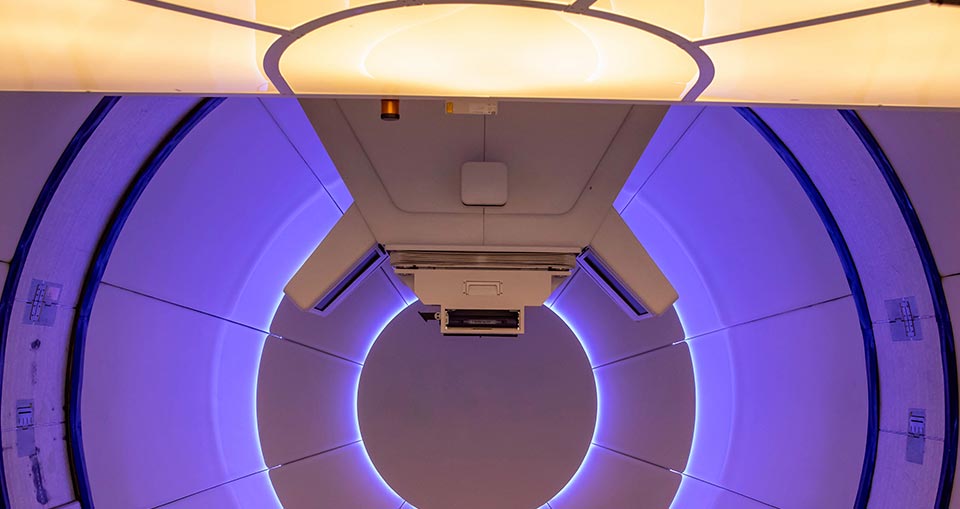 Proton beam radiation dates back to the 1950s and is an older technology when it comes to prostate cancer treatment. Men are treated with various types of radioactive particles known as protons, rather than using photons, as occurs in men being treated with IGRT.

Since this type of treatment is a newer therapy to north Florida, some men have had an interest in comparing the proton beam radiation to treatments that are newer and more precise such as prostate VMAT IMRT IGRT and brachytherapy (seed implants).

One of the most extensive studies of prostate cancer long-term outcomes in the United States was published in 2012 in the prestigious world-renowned Journal of the American Medical Association (JAMA).

The research studied 12,000 US men who had been treated with radiation for prostate cancer. The results showed that IMRT was associated with the BEST outcomes. There was a 31% higher rate of gastrointestinal toxicity with proton therapy than IMRT and no distinguishable benefit compared to other modalities (JAMA 2012).

IGRT and brachytherapy (seed implants) effectiveness and safety have been extensively studied in hundreds of scientific journals and papers, showing an excellent long-term outcome over 15 years. In contrast, after 50 years of proton beam radiation use, there is very minimal published data on its complications and cure rate.

No studies report outcomes greater than 5 years after proton beam treatment, and there are no studies stating long-term potency or incontinence rates. Data such as this is paramount to men with a long life expectancy.

Reviewing every published study of proton beam radiation shows that these patients suffer a 20-40% higher rate of reoccurring cancer, may be at a greater risk of developing new cancers than those treated with brachytherapy (seed implants), and are at a greater risk of developing long-term complications. In addition, proton beam therapy is time-consuming (9 weeks of daily treatment are required), costly (more than $120,000), and not covered by many insurance plans.

One of the oldest and most experienced proton centers in the world is located at Harvard’s Massachusetts General Hospital. A recent analysis there showed proton treatment actually delivered higher doses of radiation to the normal tissues around the prostate than treatment with IMRT (Trofimov et al IJROBP 2007). As a result, their institution now favors treating prostate cancer with seed implants or IMRT, instead of protons.

For the above reasons, most major cancer centers throughout the world have decided not to pursue the less effective proton beam technology and instead have focused their attention on more innovative and successful seed implant and IMRT-IGRT programs for the optimal treatment of prostate cancer.

Will seed implants improve my likelihood of being cured?

YES! Our SUCCESS RATES with brachytherapy (seed implants) are 20 to 40% better than the best results ever published with proton beam therapy. brachytherapy (seed implants) have the unique advantage of having the radiation placed directly into cancer. The radiation is concentrated where it needs to be, without the unnecessary high dose radiation of areas outside the prostate, as occurs with proton therapy. (see chart below)

IMPLANT BASED THERAPY1,2: 5-YEAR LIKELIHOOD OF BEING CANCER FREE %

IMPLANT BASED THERAPY1,2: 15-YEAR LIKELIHOOD OF BEING CANCER FREE %

With the seeds being placed directly in the prostate, higher doses of radiation can be given to cancer, resulting in a much higher BED (biologically effective dose). The 20-50% higher BED seen with brachytherapy (seed implants) results in much greater cancer killing. Seed implants allow the highest concentration of radiation directly in the prostate while still keeping surrounding areas at the lowest dose possible.

With the seeds being placed directly in the prostate, higher doses of radiation can be given to cancer, resulting in a much higher BED (biologically effective dose).

The 20-50% higher BED seen with seed implants results in much greater cancer killing.

Seed implants allow the highest concentration of radiation directly in the prostate while still keeping surrounding areas at the lowest dose possible.

* The cancer-killing power of different types of radiation is measured by the B.E.D. (Biological Effective Dose).
* Brachytherapy (prostate seed implant) (seed implants), with or without supplemental low dose IGRT, provide the highest B.E.D.

Will I have fewer long-term side effects with a seed implant?

YES – because high dose proton beam radiation is delivered externally from a machine, the radiation still must enter the body from the outside and pass through organs like the bladder and rectum, and hips to reach the prostate, causing much greater side effects than seed implants. A study from a leading proton facility showed that following proton radiation, 41% of men had long-term rectal bleeding and 47% had long-term bleeding with urination (Gardner, 2002). Long-term incontinence rates after proton radiation still remain unknown.

In contrast to proton beam radiation, long-term side effects are very rare with seed implants. Using an intra-operative dosimetry technique, the likelihood of the seeds migrating outside the prostate is less than 0.4%. Urinary incontinence occurs in less than 1% of men following a seed implant. Other severe urinary problems are also very rare. (Zelefsky, 2007)

Will seed implants allow for improved preservation of my erectile function?

YES – The best erectile function preservation rates are obtained with seed implants. There is minimal effect on nerves that help control erections by pinpointing the seeds directly in the prostate. Studies show that up to 90% of men maintain their erectile function after a seed implant (Cesaretti, 2007). Erectile function has never been evaluated after proton beam radiation. Because proton radiation needlessly treats outside the prostate where the nerves reside to a high dose, much greater impotency rates are expected.

A. A dose map of a prostate being treated with protons shows the excess radiation deposited outside the prostate. This is what causes the higher side effects.

B. A similar dose map of a prostate being treated with a seed implant shows no excess radiation outside the prostate, as the seeds radiate the prostate from within.

Why is there a high risk of proton radiation causing new cancer to develop?

Of great concern, the renowned radiation biologist Dr. Eric Hall reported that the physics of proton radiation delivery causes excessive neutron contamination in the patient’s body. Neutrons are dangerous nuclear particles that can damage normal organs. They are known to increase the likelihood of developing potentially life-threatening secondary cancers. (Hall, 2007). This risk of neutron contamination is much greater with proton radiation than with either IGRT or seed implants.

What are my treatment options if I have a recurrence of my cancer after proton beam radiation?

The Florida Center for Prostate Care has the largest published experience in the world using seed implants to treat patients with recurrent cancer after prior radiation treatment. Several simple tests and our review of your records help determine if you are a potential candidate for this highly specialized treatment.

The National Comprehensive Cancer Network (NCCN) has stated that “Proton Therapy is NOT recommended for routine use at this time. Research has NOT shown proton beams to be the same or better for treating prostate cancer than conventional external beam.”1

Questions to Ask if You are Considering Proton Radiation

Men with prostate cancer deserve answers clearly supported by evidence published in medical journals. 4 questions you MUST ask your proton doctor if you are considering proton beam treatment: